I grew up obsessed with Mia Hamm–and when she retired, I wondered if someone new would step up and fill her role as “BADASS FEMALE SOCCER PLAYER.” And Hope Solo and Abby Wambach have. It’s important there be cool, accessible role models for young girls who play soccer–and these two are filling those shoes very well.

Solo and Wambach play on the women’s national team that just finished competing in the 2011 World Cup. Solo plays keeper and Wambach plays striker. And they’re awesome. Both played huge roles in getting the team into the finals–and both were great spokespeople for the team throughout the tournament. Great, great athletes that spoke honestly and succinctly after each match. It’s no wonder the country so eagerly got behind this team.

It’s too bad the World Cup is over and we have to wait another four years to see these girls in action. I’m hoping the success of the women’s team in the World Cup will give women’s soccer the jump start it needs. Seriously, if you live near a team in the Women’s Professional Soccer League, go to a few games! Particularly if you live in Southern Florida: Solo and Wambach both play for MagicJack at the FAU Soccer Stadium.

And, just because I like them so much, here are some cool photos of them:

Hope Solo on the cover of Sports Illustrated 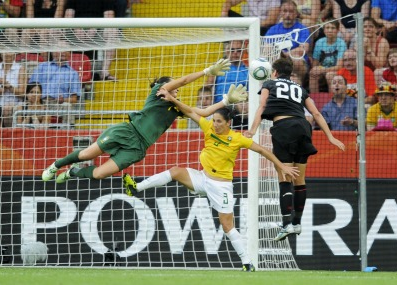 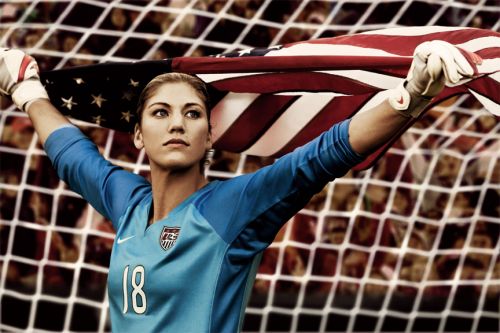 There's no rhyme or reason for the posts--just what I'm loving this minute. The Hot Pink List... the things that make life more fun!